Humble but Proud of Awards Page

Sometimes you read “award winning” as a description and it doesnt have a lot of cred – too easy to duct tape it onto anyone really. Remember that little trophy you won for attendance in Grade 6? Yeah, award winning. Right.

On the other hand there are agencies spending a ridiculous amount of time entering every award and recognition program from here to the Himalayans. I like the balance of submitting projects that you know hit it out of the park, you are giddy with pride and would like to push your dear little thing onto the stage for a round of applause.

I have won a few prizes for work I have been very proud of – and with people who were amazing and wonderful friends.  That kind of project doesn’t happen all the time – like a road trip with your best friends – these are adventures to be cherished and memories to be shared. 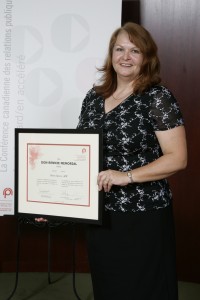