Preparing a social media training day presentation I started looking for a few great examples of what happens during [insert horrific weather related emergency name here] when social media plays a part – with or without the guy in charge’s permission.

Locally I found a treat from the late fall of 2012 – Oak Bay is one of the 13 municipalities here in lovely Greater Victoria. 13 city halls with a total population of around 350,00 – don’t get me going on the obvious economies of scale afforded by amalgamation. I digress – Oak Bay city crews were doing routine maintenance on a fire hydrant in a residential area and something went wrong. Instead of immediately alerting their bosses in City Hall they attempted to fix the problem, a broken valve, and water was now flooding nearby houses. No call was made to the local fire department either but here is where it gets interesting, the social media community had noticed and were getting the word out and they were asking a lot of WTF type questions about the lack of information about said flooding. 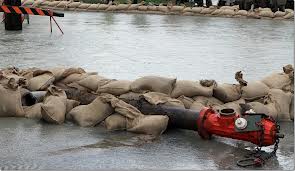 Bloggers and other observant residents were posting videos, pictures, tweets and updates which was picked up on by local radio, television, newspaper and the usual traditional media entourage. Even the Mayor of Saanich, Frank Leonard, tweeted the link to the CTV video (which I am sure went over huge with the Oak Bay Mayor). In the meantime – Oak Bay Fire department were finally called and came to the rescue – sort of.

By that time residents (who had not been alerted to the flood in time to do something themselves) came home to flooded basements and sandbags on their gardens. Oak Bay Mayor Jensen wasn’t happy when he arrived to the scene but acknowledged the incident would be investigated and staff would be better trained to communicate during a crisis.

Lessons learned: Social media will always happen so when you leave an information vacuum it has all the say. 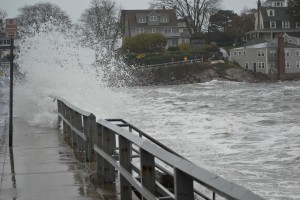 weather, major emergencies can cause panic and fear – critical information delivered fast can help people do what they need to do to stay safe. Social Media is the tool to use.

Train your staff and adjust your emergency plans to include responses to social media. Respect your stakeholders – or they will make you suffer.